We aim to provide “hands-on” expertise in the areas of product development, design and user experience, customer acquisition, business metrics, and pitch preparation through the 12-week mentorship and investor introductions.

I have never experienced a pay-it-forward attitude so intensively than what I have in the last three months. We are very thankful to the Manos team, the network of mentors and all of the support we received throughout this whole experience.

Enable the brightest Latino entrepreneurs with innovative ideas through mentorship

Be recognized as an international hub for all Latino entrepreneurs from both U.S. and Latin American countries to launch their startups

Our mission is to foster a new generation of Latino entrepreneurs by providing access to early-stage capital, mentorship support and resources that will enable them to build and grow their startup companies.

Many editorials have theorized why so few Latinos are graduating with engineering degrees, qualify for high-tech positions, or are starting their own ventures.

With less than 1% of venture-backed startups founded by Latinos, there is a huge opportunity to develop this community and accelerate the growth of startups through this untapped entrepreneurial talent.

These observations frustrated the founders of Manos Accelerator and it invigorated in them a sense of purpose. They dared to ask a simple question, “What if?” They concluded that the correct response to these studies and speculations was to take action by developing a program that identifies and mentors a new generation of Latino entrepreneurs.

The founders of Manos Accelerator believe changing the world begins with entrepreneurial talent. They seek Latino entrepreneurs who have the following traits – creativity, an innovative spirit, a “can do” attitude and a desire to win. These are components for diversifying the local economy, finding inventive solutions, creating jobs and tackling the age-old perception that Latinos are not capable. Thus, the mantra was created: Dream Big, Believe More, Act Now.

When deciding on a name for the accelerator, the founders did not want something catchy yet culturally insignificant. They wanted a name that identified Latinos as a proud ethnic group that desired and achieved upward mobility. Latino workers and aspiring entrepreneurs do not want to be stereotyped as only taking food service, agricultural, manufacturing, construction, and other blue-collar jobs.

The founders wanted a name to show the world that Latinos are more than just a pair of “hands” (manos), and capable of so much more. As a result, the name Manos was selected as a motivation for all of the accelerator participants to never forget the hard work and challenges that other Latinos have had before them. 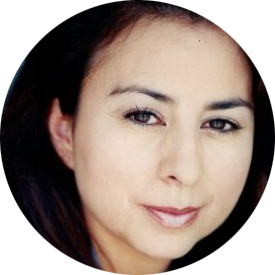 Sylvia Flores is an award-winning entrepreneur and engineer with years of experience. She founded several startup companies and is knowledgeable of the U.S. Hispanic market. In 2003, she worked with the former President of Mexico Vicente Fox to establish a technology incubator for Mexican entrepreneurs in Silicon Valley. Prior to her career in startups, Sylvia held various engineering positions at IBM.

She has also served as the Regional National Vice President for the Society of the Hispanic Professional Engineers. She was awarded the ‘Entrepreneur of the Year’ award in 2003 from Latino Style Magazine. She earned a Chemical Engineering degree from San Jose State University. 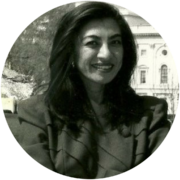 Margarita has held executive leadership positions in the private, public and non-profit sectors. She is a former White House Fellow and has served twice as a senior political appointee in Washington D.C. As a former entrepreneur, she is familiar with the hurdles facing start-ups. She has an exceptional ability to network with all stakeholders and to assist emerging companies to expand their footprint. She has a diverse network and is skilled at levering resources and creating a body of knowledge to support growing organizations. She was the first female National President of the Society of Hispanic Professional Engineers (SHPE). She has been the recipient of numerous awards and has been written about multiple times for her pioneering work. She has a degree from the School of Engineering at Stanford. Most recently, she was named a Delegate by CA Governor Jerry Brown to the Global Climate Action Summit.

He has graduated his company NomadApp from the largest accelerator in the world,Plug and Play, and the Go SiliconValley program. He grew his startup’s community to over 70,000 people and consults VC-funded startups on growth strategies. Additionally, Juan helps run the largest digital marketing community in Silicon Valley with over 18,000 members.

He serves on the board of directors of green construction tech company Greenovate Construction. His companies have been featured in major publications including Entrepreneur, Huffington Post, Inc. Magazine, and Forbes. 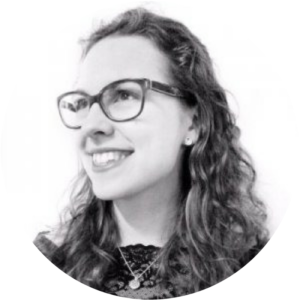 Eva Christine Reder is an expert in marketing and startup growth-hacking with experience from working with multiple startups in Europe, the US, Latin America, and South-East-Asia. She has worked with fintech startup Holvi (exit: BBVA), the Human Rights Commission of Kuala Lumpur in Malaysia, the Austrian Trade Commission in Bogota, and is now the co-founder of travel tech startup NomadApp.co (Plug&Play accelerator alumni).

She has helped fintech startup Holvi enter the Austrian market, grown her own startup to over 70,000 people in the community through her growth tactics, and is now a partner in growth agency GrowthMasters.io, where she consults startup founders in the field of customer acquisition. She has a degree in Business from one of the leading international programs in Austria (IMC Krems) and UP Universidad Panamericana (Guadalajara, Mexico). Originally from Austria, Eva is fluent in German, English, and Spanish.

She is a guest writer for Entrepreneur, Foundr Magazine, and a top entrepreneurship writer on Quora.com.

Eva serves as a Program Manager for Manos Online Accelerator. 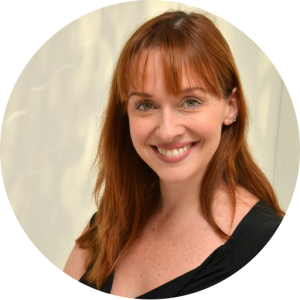 Corporate Storyteller, has worked globally for over a decade with Fortune 500 companies, Start-Ups and investors in a wide variety of industries. She has consulted and trained clients in over 30 countries, helping them create, edit and deliver verbal and written presentations, pitches and messages.  Donna has the ability to magically spin raw data into compelling stories that captivate audiences and drive to results.  Through her guidance clients have raised hundreds of millions of dollars. Donna is Co-Founder and CEO of www.invisu.me  – a tool that helps startups create their pitch to investors and get the meetings they want! 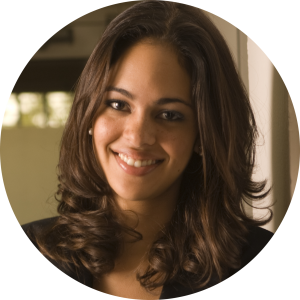 Zaghie Namnum, is an advertising guru with over eight years of experience. From the beginning of her career she has had an outstanding track record of successfully delivering complex programs, orchestrating and developing advertising strategy for international brands, planning corporate events and thriving in the fast-paced environment of communication agencies.

Zaghie has a wide range of industry knowledge, working with Fortune 500 clients in agencies such as BBDO and Y&R, as well as Duarte Design – the largest design firm in Silicon Valley.

She was also part of the Service Innovation team of Tesla Motors, in which she developed and implemented Mobile Operation programs to support the company’s mission of accelerating the shift toward sustainable transport and energy consumption.

A native of the Dominican Republic, Zaghie holds a BA from Universidad Iberoamericana, and an MBA from VIU.

Fun facts: Thirteen years of Classical Ballet • Synchronized Swimming, DR National Team • Moved from the Dominican Republic to Virginia/Washington, DC and made her way to the best coast in 2014. Currently dividing her time between Manos Accelerator and independently managing Programs and Events, also spreading her love and passion for well-designed presentations. • Myers-Briggs: INTJ

Ever since our foundation Manos has been supported by a diverse group of interns from some of the leading educational institutions in the country.